We came upon the Native Americans and Australians when they were living in the Stone Age. Afghanistan’s violent meeting with our world has found them living in a mediaeval world. The gulf is not so great as it was with some cultures, but it is still difficult to leap in a generation. Muslim civilization and Asian peasant culture were so rich and worked so well for these people that they changed slowly, while the rest of the world moved on. 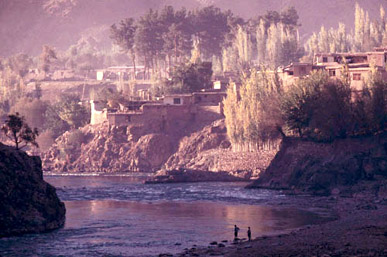 I found the pictures at http://cr.middlebury.edu/art/Powell/afghanistan/ and I got the inspiration to look for them after listening to This great TAL story.

2 replies on “Afghans Are People Too”